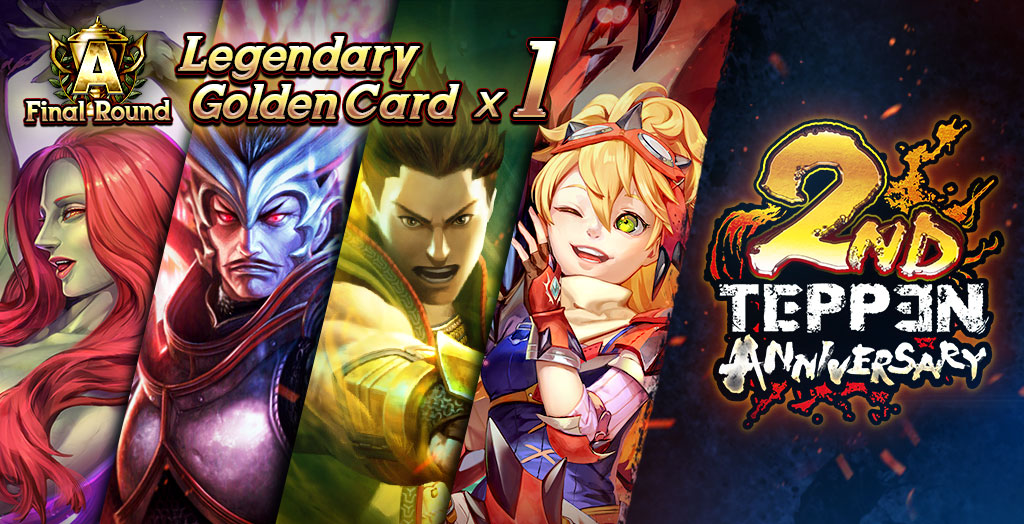 You’ll get a “Dragons of War” pack ticket just for participating even if you don’t win a match!
Additionally, you can receive a Legendary Golden Card by making it to the Final Round of Group A!

* Legendary Golden Cards will be distributed at random.

What is the Grand Prix “2nd Anniversary”?

It’s a special Grand Prix celebrating our second anniversary. Make it to the Final Round and you can obtain fabulous rewards like a Legendary Golden Card or Epic Golden Card based on you group!
You can start participating from Round 2, too, so those that didn’t participate in Round 1 should definitely give it a try!

Participate in the Grand Prix by going to the Home Screen → Coliseum → Grand Prix.

Click here for more information about the Grand Prix

The following card sets are usable in the Standard format.

The following actions are prohibited. Those confirmed engaging in such behavior will not only be removed from the ranking, but will also be subject to strict measures such as having their account suspended. Please do not engage in any of these behaviors.

*The contents of this page are subject to change without prior notice. Please be aware of this.

The “TEPPEN Second Anniversary Campaign” will be held at the same time! Don’t miss out on it!

Details for the TEPPEN Second Anniversary Campaign can be found here.