The Ver. 2.7 update is now available. Please update your app from the store.
*Click here for notes regarding the update.

Characters from the Ōkami series and the Sengoku BASARA series are finally here via a new Card Set!
Guide the Far East to peace together with the Sun Goddess!

▲ Details of the new Card Set “天都ノ國絵巻 The Tale of Amatsu no Kuni” can be found here.

Amaterasu from the Ōkami series will be joining the battle as a new Hero! 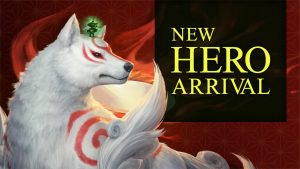 Along with Amaterasu, the following have also been added.

The new Ranked Match “Lucia” has begun!
The Tour Points Rankings battle is finally entering the end game!
Aim to rank among the top players this year, obtaining as many Tour Points as possible!
*Click here for more details about Tour Points.

Purchase a season pass to receive various extras over the course of the season.
A season pass may be purchased by pressing the following sequence of buttons: Home Screen >> Shop >> Purchase Season Pass.
*Season Pass extras and period of validity may be viewed in-game. 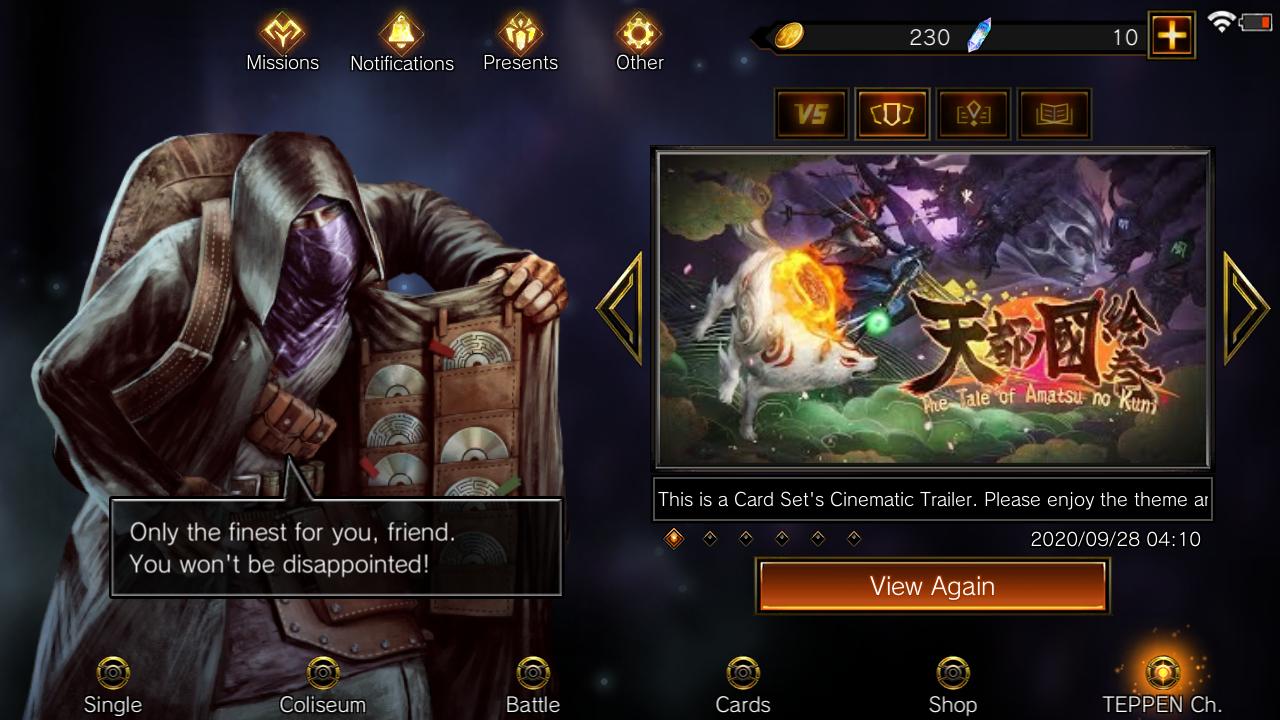 We have made some changes to TEPPEN Ch. UI.
By going to the Home Screen → TEPPEN Ch. → you can view videos on each tab.