This article will explain about Tour Points in 2021.

* Ranked Matches will be held outside the above times as well. Tour points will not be given out during those times.

* If you get 32nd place or higher in the QUALIFY ROUND and do not enter the FINAL ROUND, you will receive 1pt. 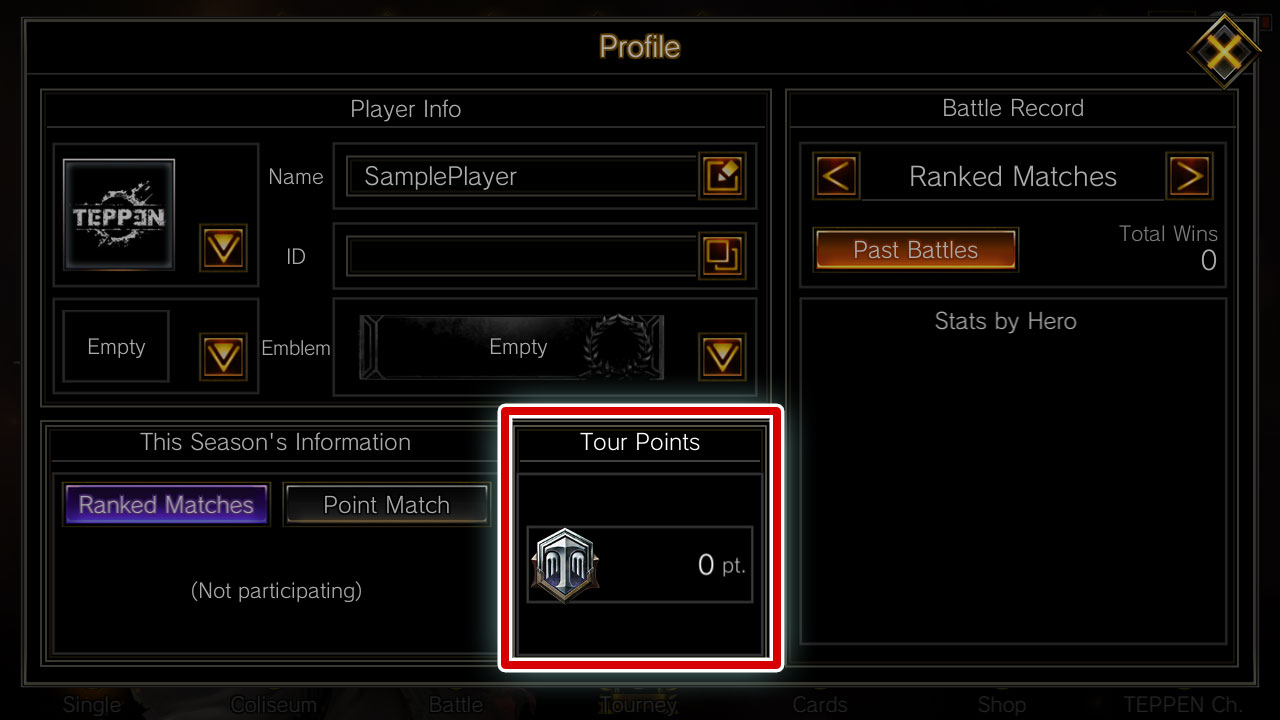 Tour Points Rankings can be found by going to the Home Screen → Ranking → TOUR POINT. 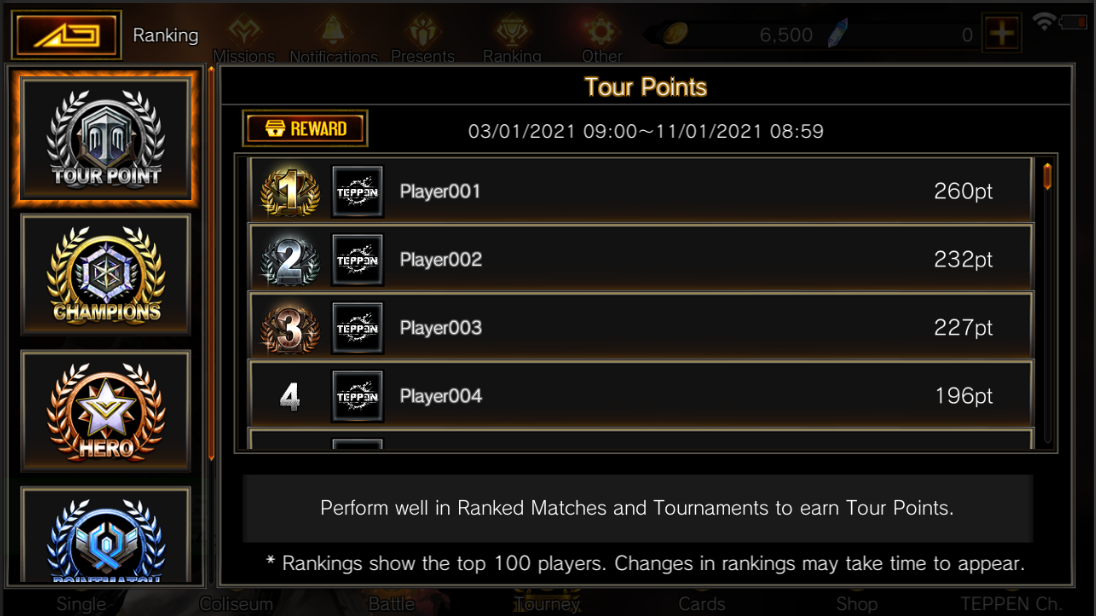 Aim to save up Tour Points in daily battles to earn Emblems, and get honored in TEPPEN AWARD 2021!