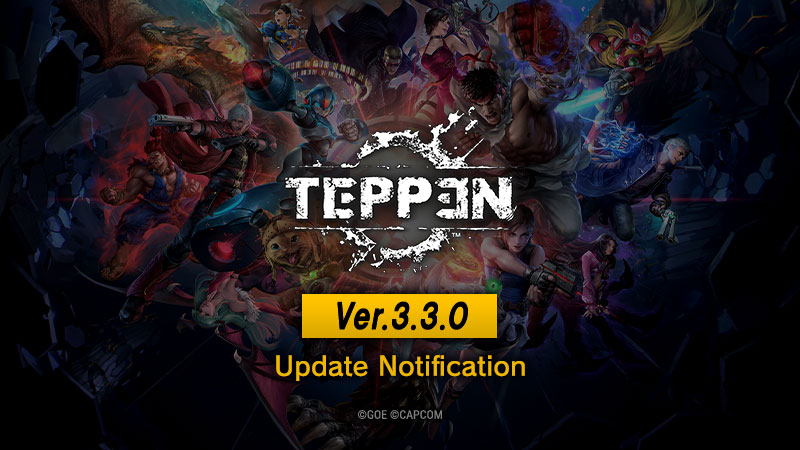 We have released the Ver. 3.3 update! Please update your app from the store!
* Click here for notes regarding the update.

The great war of Divinity vs Dragons has begun! Set off in search of the truth with a variety of characters! Don’t miss out on the battle between the Divine and Dragons, with characters from the Breath of Fire and Monster Hunter series!

▲ Click here for more details about “Dragons of War”

The following items will now be available in the Soul Shop!

5 new Hero Skins to brighten up TEPPEN battles are here!
New Hero Skins can be obtained randomly from limited-time packs that will be available in the future. Look forward to those!

* Details about Hero Skins can be found here.

From the Ver. 3.3 update onward, the Quest Board will be updated!
Increases to some quest difficulties, rewards, and changes to the unlock conditions for certain things like Ranked Matches will be implemented!

As you will not be able to continue your current Quest Board missions after the Ver. 3.3 update, please do not forget to claim any unclaimed rewards.

* Please tap the completed board to receive your unclaimed rewards.
* Users that have already unlocked Ranked Match, Free Match, and Practice will still be able to access them after Ver. 3.3.

Our Second Anniversary that’s been significantly upgraded compared to last year’s will be held from 7/1 (JST)!
There will be tons of special lineup sales and pack ticket presents!
Please look forward to it!

If you use the 10 Jewels that will be distributed during the anniversary celebration, it will essentially be free, so
definitely make use of this opportunity to purchase the season pass!

A Deck Present “Free Initial Souls Cost” reset will be performed a total of two times!
It’s a chance for those who have already sent decks to once again send a deck for 0 Souls!