In this article, we aim to introduce some of the most important gameplay features to be aware of in order to be victorious in TEPPEN.

Before you jump into battle with players from across the world, it’s important to have a thorough understanding of the different card types, the Attack Gauge, the Active Response phase, and the particulars of Hero Arts.

This article will focus on more advanced aspects of each card type that you might find useful in battle.

If you are yet to do so, it is recommended that you read through the explanations of the more fundamental points in the Beginner’s Guide before proceeding.

You have one chance to draw a new hand at the start of battle. 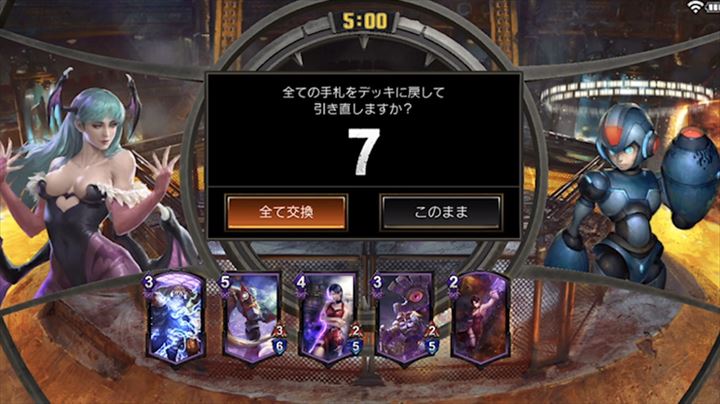 You will have one chance to exchange your hand for a new one before the battle begins.
It’s a good idea to decide in advance which hands are good to keep and which are best exchanged.

A unit’s Attack Gauge extends across the screen, dealing damage equal to its Attack when it reaches an enemy unit or Hero.
When an enemy unit is dealt damage in this way, they will deal Counter Damage to your unit at the same time.

1. When one unit’s Attack Gauge reaches another unit, they fight!

2. The units deal damage to each other equal to their Attack!

Whenever two units fight, the attacker will almost always end up taking Counter Damage.
It’s important to remember that your units will pay a price for attacking, and to bear in mind how much Counter Damage they can take when placing them on the field.

When you select an Action Card, areas in which that card can be played will glow blue.
If you move the card to one of these areas, the blue will change to gold, and if you then remove your finger, Active Response will trigger.

The fundamentals are explained in greater detail in Active Response, but for now let’s look at a real example step by step.

When Active Response triggers, both players temporarily receive bonus MP.
This is called AMP, and is represented in blue on your MP bar.
*AMP cannot cause your MP to exceed its max value.

Your opponent has played “Disarm (COR 074)” (Inflicts Seal on an enemy unit.) to Seal a friendly unit’s ＜Combo＞ ability. Let’s see how this plays out.
*Cards and effects have their elemental colors displayed for ease of understanding. 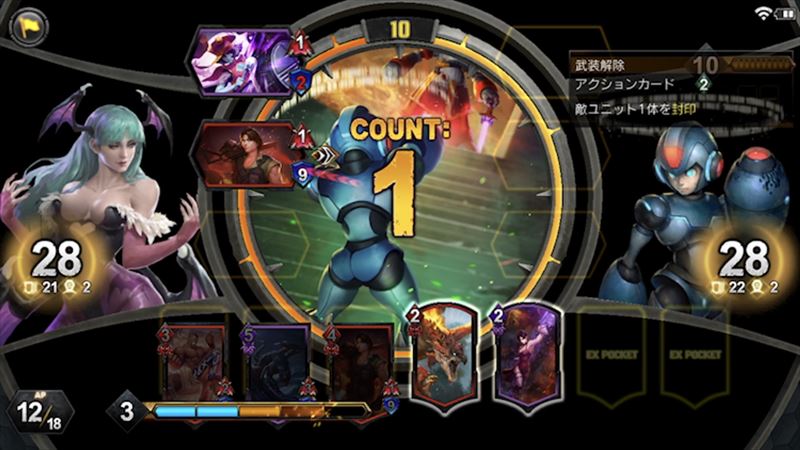 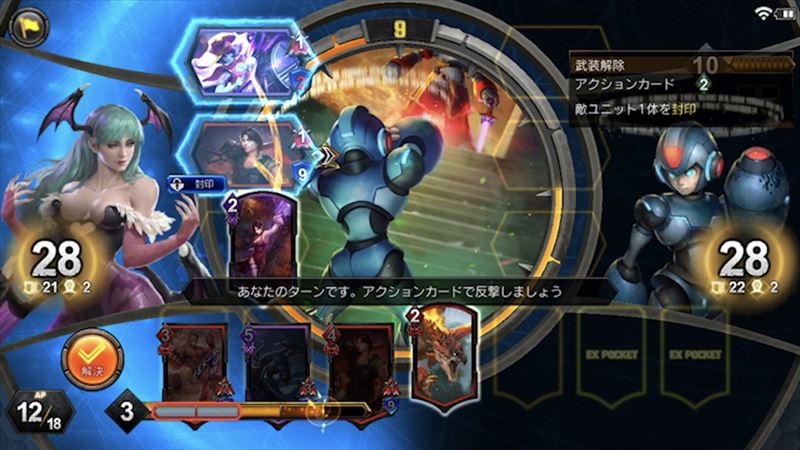 Once your AMP has been added, you and your opponent alternate playing Action Cards until one of you stops.

Annoyed that your opponent has Sealed your unit’s ＜Combo＞ with “Disarm (COR 074),” you decide to play “Hookshot (COR 126)” (Gives ＜Flight＞ to a unit.) to give it ＜Flight＞ instead.

However, you have just made a critical mistake. 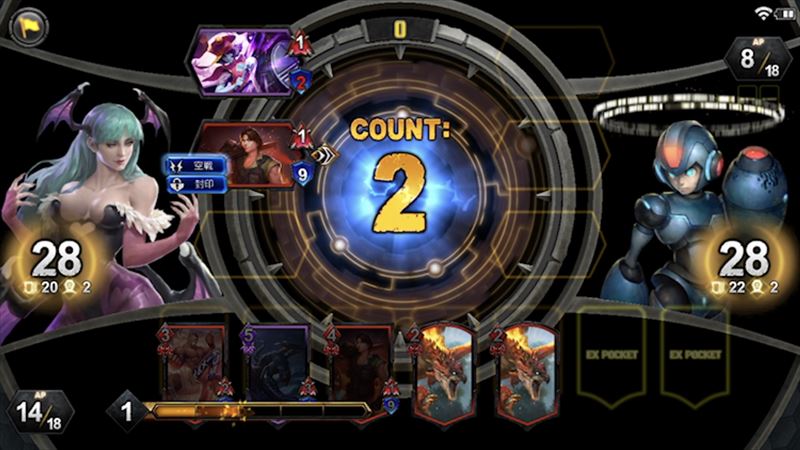 After you and your opponent have played your Action Cards, their effects activate in the reverse order that they were played in.

In this case, “Disarm (COR 074)” was played first and “Hookshot (COR 126)” was played second, so they activate in reverse order: your unit is given ＜Flight＞ first, and inflicted with Seal second. 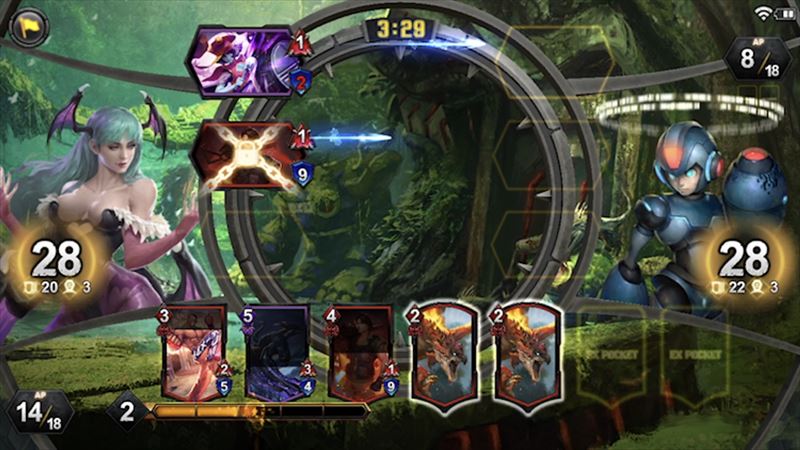 Because the Seal effect activated last, the ＜Flight＞ ability you gave your unit was Sealed as well.
As a result, all of your unit’s abilities are Sealed.

Effects activate in reverse order, so your unit would first have been inflicted with Seal and then given ＜Flight＞. At the end of the Active Response phase, it would still have had its ＜Flight＞ ability.

As you can see, the order in which Action Cards are played can have a significant effect on the state of the board after they activate.

Hero Arts are special moves unique to each Hero.

Art Point (AP) are required to use Hero Arts. With each card you play, you gain AP equal to the MP that you spent.
Always bear in mind that the more Unit and Action Cards you play, the more opportunities you will have to make use of these powerful abilities.

They are played in the same way as Action Cards, but they do not trigger Active Response when used. This means that your opponents will have no opportunity to block or counter them, so use them wherever they’ll be most effective!