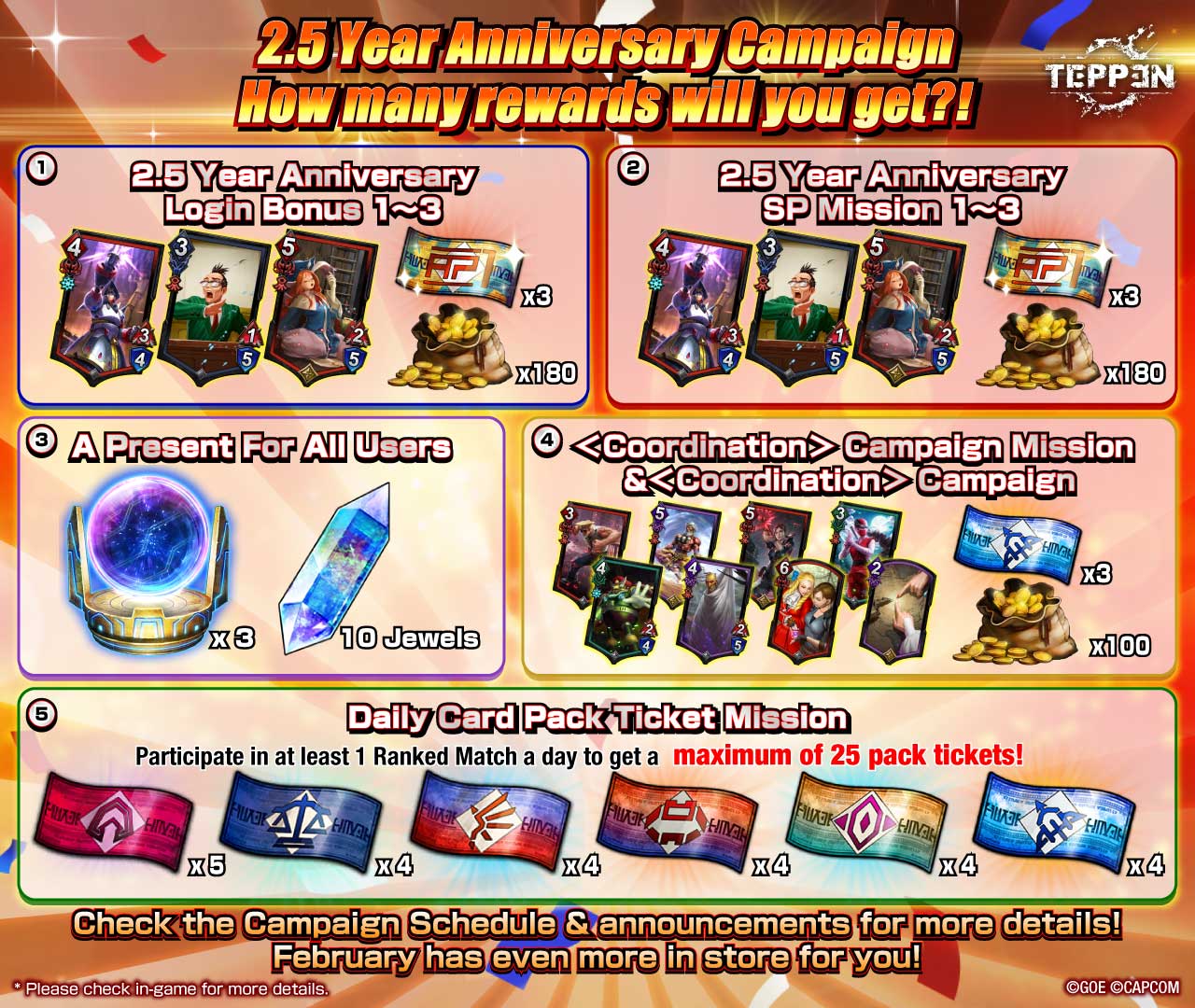 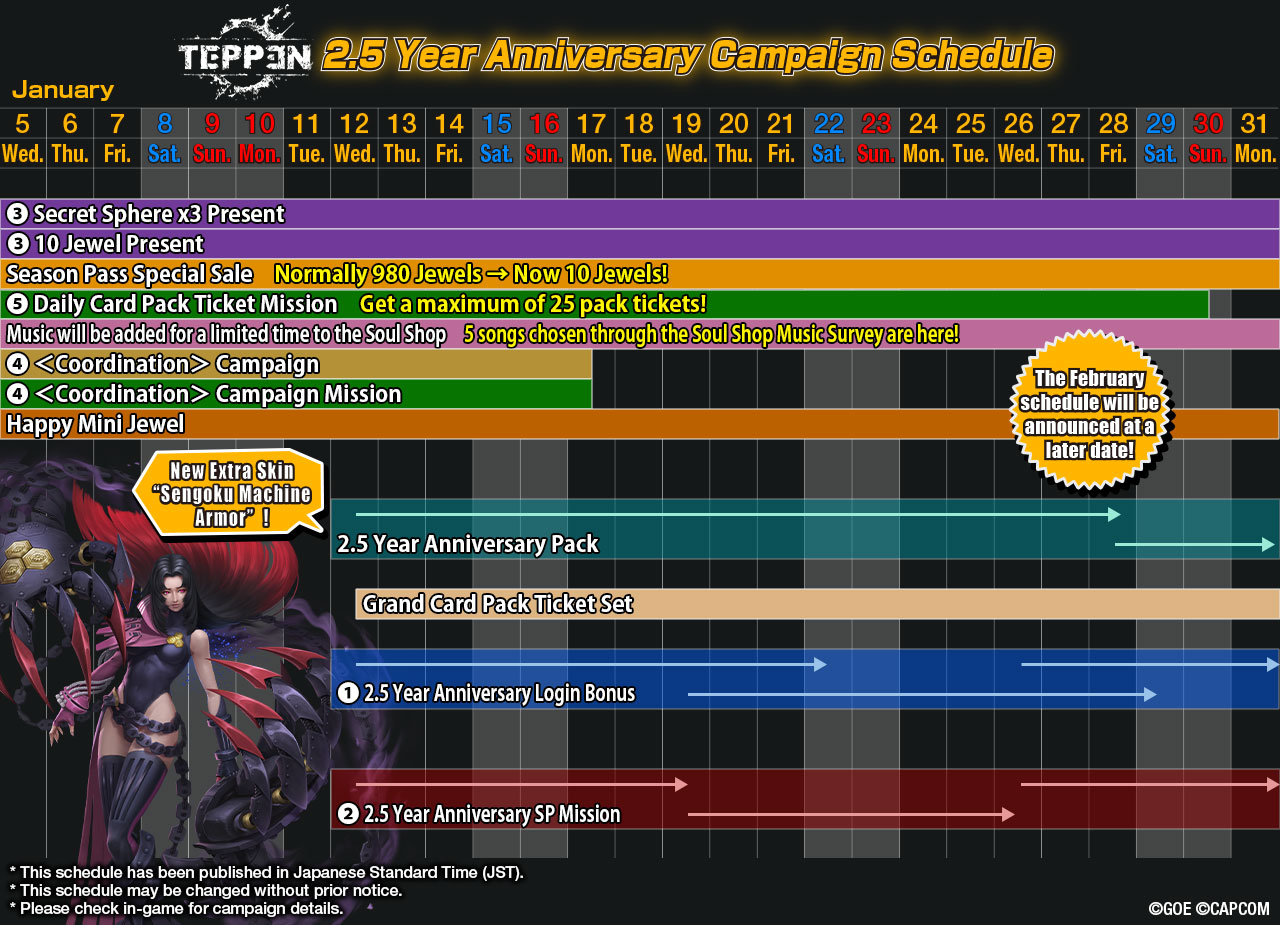 The 2.5 Year Anniversary Campaign will continue in February! 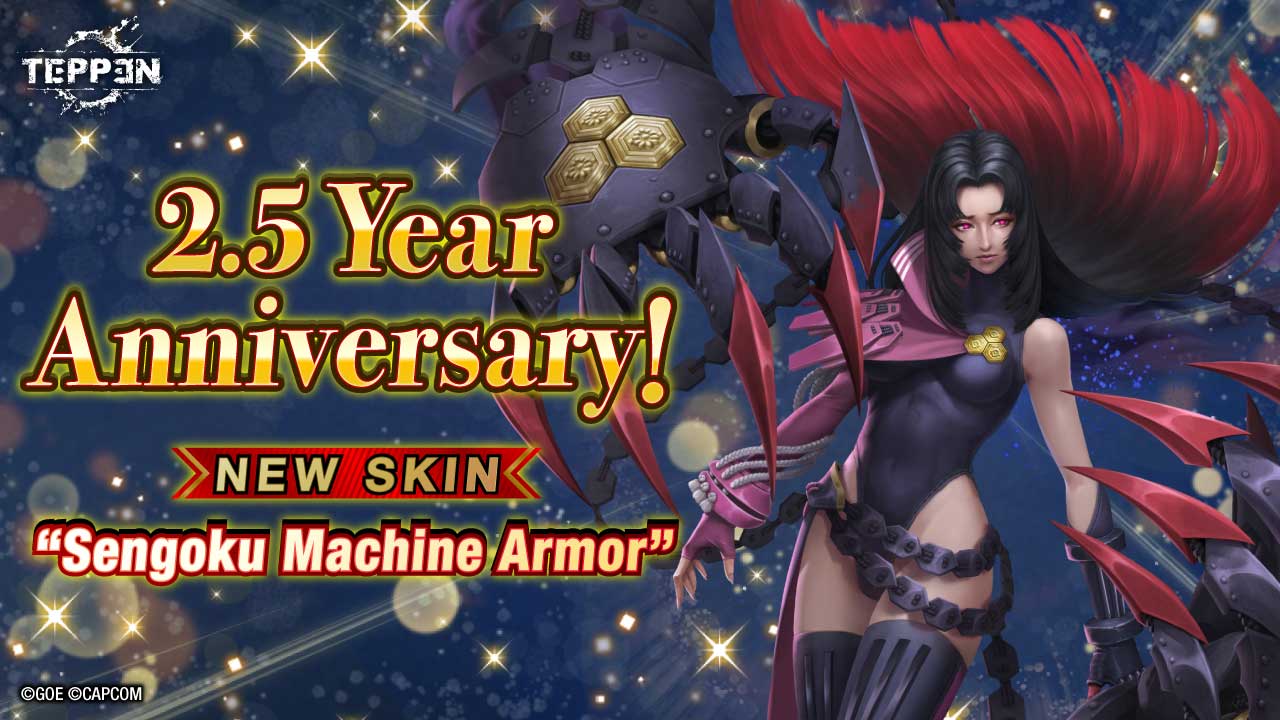 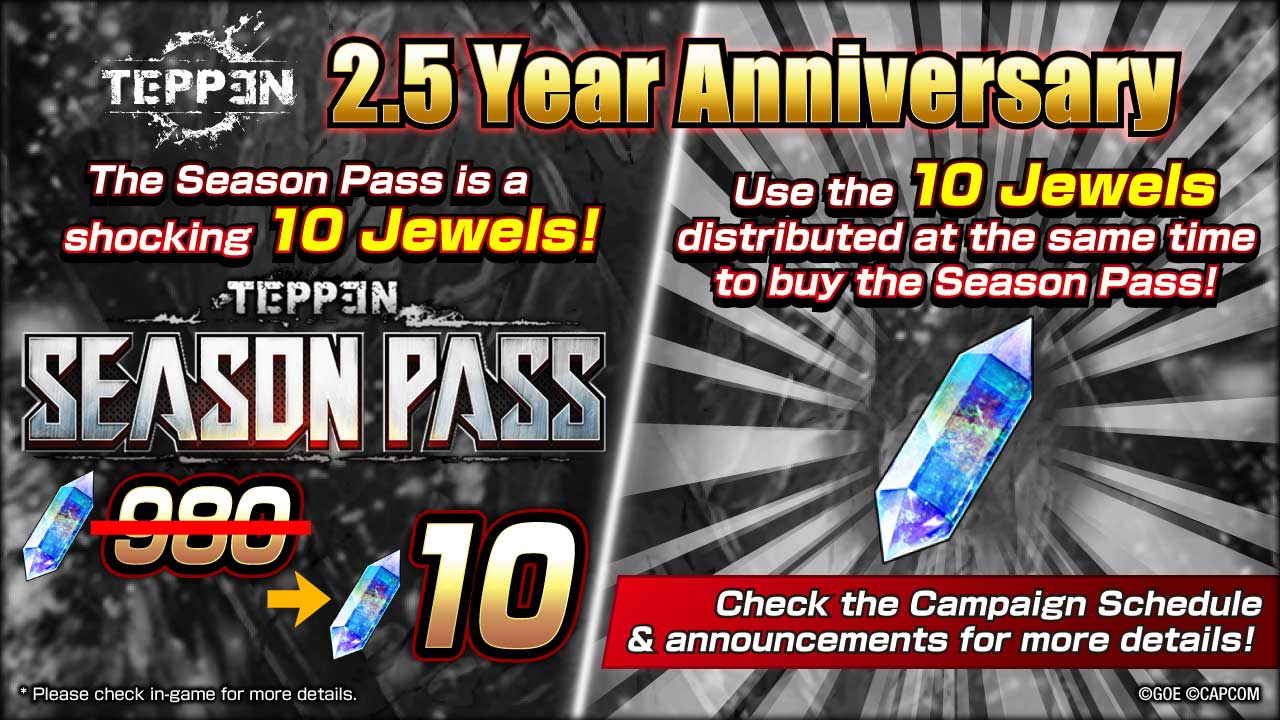 [Limited Time] 5 Songs Chosen Through the Soul Shop Music Survey Have Been Added!

Thank you for enthusiastically voting in the Soul Shop Music Survey held to commemorate our second anniversary!

Following the Countdown and NEW YEAR Campaign, 5 songs have been added to the Soul Shop!
As part of our second anniversary plan, the normal cost of 5000 Souls will be reduced to 4000 Souls!
Enjoy TEPPEN with your favorite songs!

There will be limited-time Jewel items and special packs!
Please check it out!

Utilize cards with the new ability ＜Coordination＞ introduced in the new pack, “Breath of Resistance”!
Rewards will be distributed to all users at a later date depending on the total usage amount during this period!
The more uses, the greater the rewards! Work together with everyone and use ＜Coordination＞ to put a stop to Goddess Myria’s wicked plans!

Duplicate rewards can be received depending on the total number of uses.

* Please be aware that battles other than the ones listed above will not be counted for the Campaign.

Cards with ＜Coordination＞ will be displayed when searched for by going in-game to Home Screen → Cards → View/Reap/Craft Cards → Ability List.

* Rewards will be sent to your in-game Presents sometime in early February. Claim them in Presents on the Home Screen.
* In implementing this Campaign, we may suspend the Campaign at any time if unintentional fraud is found.
* The content of this page is subject to change without prior notice. Please be aware of this.

■ Notes regarding Presents
* Login bonuses can be claimed by logging in after completing the tutorial.
* Received presents will be sent to the Present Box.
* Presents will be lost if not claimed within 30 days.
* Check in-game for more details.