The Ver. 2.2 update is now available. Please update your app from the store.
*Click here for notes regarding the update.

The new set, Haunted by Memories, has been added.

The new card set is finally here!
Seize the victories that lie in your future by fully utilizing ＜Memory＞ cards!

▲ Click here for more details about Haunted by Memories.

From the Mega Man X series, the Maverick Hunter, Zero, joins the battle as a new Hero! 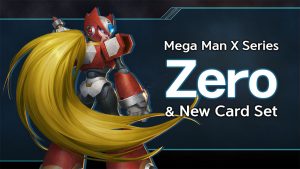 Along with Zero, the following have also been added.

Balance changes have been implemented.

In order to achieve a better balance of strategies, balance changes have been made to several Hero Arts and certain cards.
*Click here for details.

A new Purchase Season Pass is now on sale.

Deck Filter function has been added.

The ▼SORT&FILTER button has been added to the Deck List screen allowing players to sort and filter their decks.
We hope this helps you organize your decks more!

You can use this by going to the Home Screen → Cards → Edit Deck → ▼SORT&FILTER. 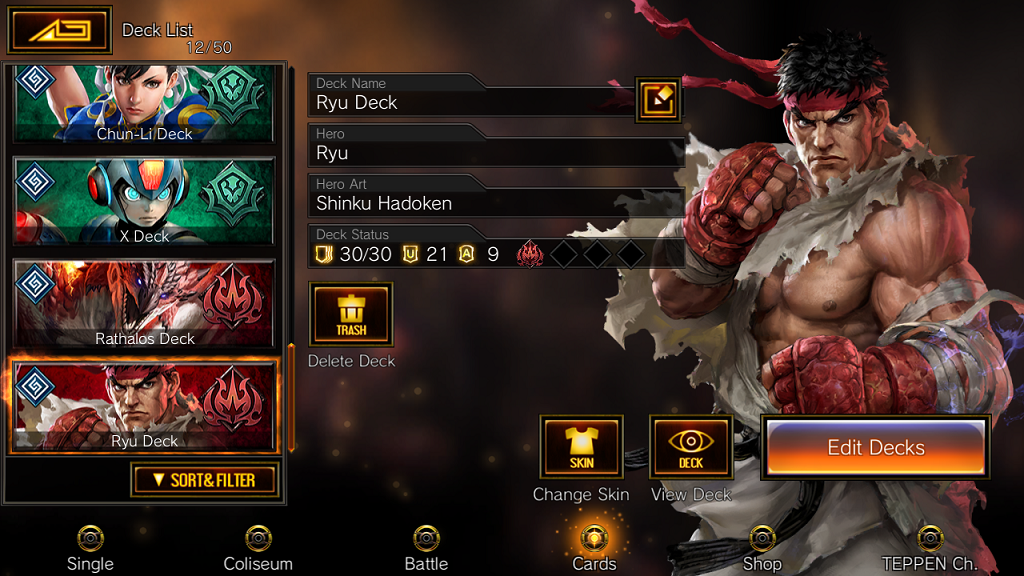 Graphic Settings function has been added.[UPDATE]

The Graphic Settings button has been added to the Options screen allowing players to select graphic settings during the game.
You can use this by going to the Home screen → Other → Options → Graphic Settings.

The name of the card tribe “Demi-Human” has been changed.

Changed text on some cards[UPDATE]

*We have only changed the text. There is no change in the performance of the Hero Arts or cards.

Some bugs have been fixed.

Click here to view what bugs have been fixed in this update.