The Ver. 2.9 update is now available. Please update your app from the store.
*Click here for notes regarding the update.

We have good news for live streamers! Spectator Mode has been added to Room Match Battles!
This is a helpful feature when streaming against other players, or when you host private tournaments!

■ How To Use Spectator Mode 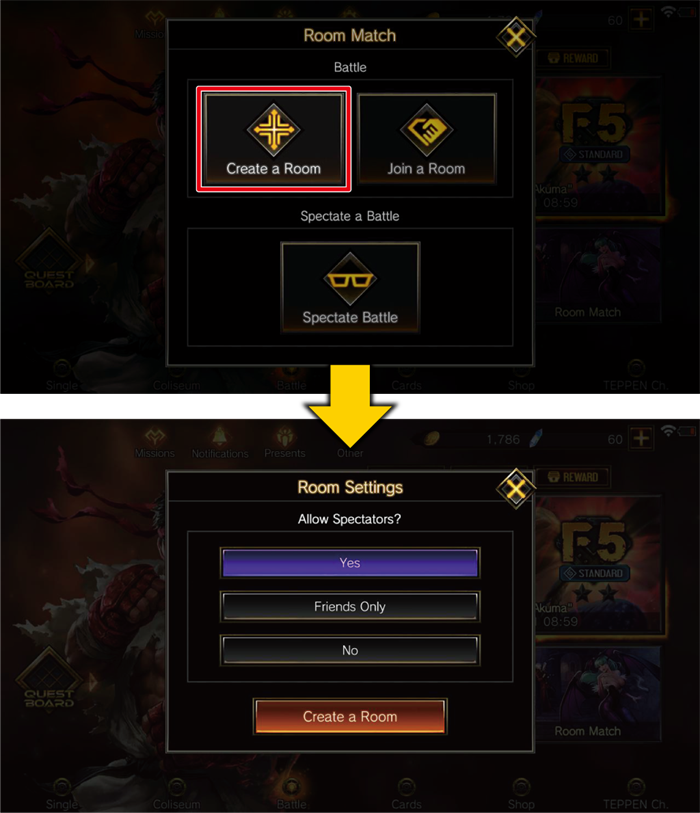 3. When a Room is made, a Room Code will be made that you can share with the people you wish to spectate.
You can also invite Friends from the Battle Preparation screen. Players who have received a spectator invitation will receive an in-game notification. 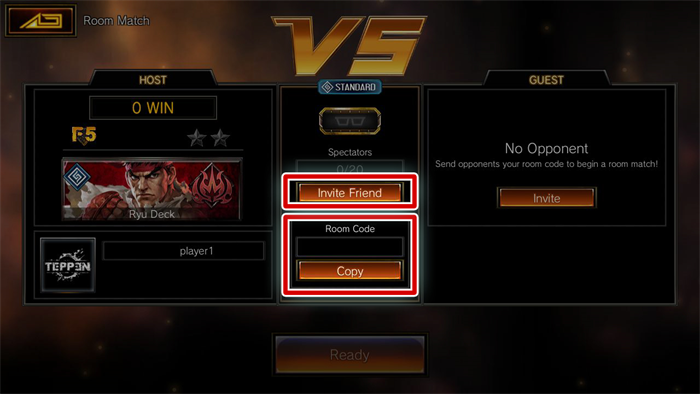 4. Players who have received a Room Code can enter the code by going to Home Screen → Battle → Room Match→Spectate Battle. 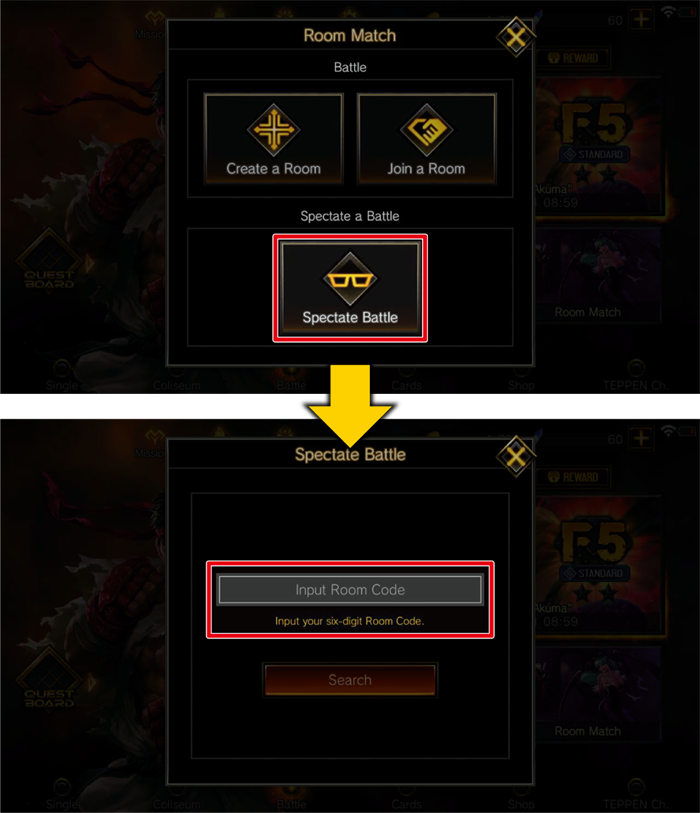 5. Once the host and the guest have pressed the Ready button, the battle will start! Get hyped for the battle!

■ Precautions for Spectator Mode
– Spectator Mode can only used in Room Matches. Spectator Mode cannot be used in Ranked Matches, Grand Prix, or EX Grand Prix.
– Only players who know the Room Code and Friends that were invited can spectate the battle.
– The limit for spectators is 20 viewers.
– It is not possible to start spectating once the battle has already started. Please enter the room before the battle has begun.
– The battle cannot be spectated again if there is a connection error or the battle was interrupted. Please connect to a good connection when playing.
– Spectators will be viewing the battle from the host’s point of view. The battle cannot be viewed from the guest’s point of view.
– In the Allow Spectators settings, if Friends Only has been selected, only the host’s friends can spectate. Please be aware that the guest’s friends will not be able to spectate the battle.

■ What are Room Matches?
Room Matches are a feature that allows you to battle another player directly by going to the Home Screen → Battle → Room Match.
If you’re using Create a Room, you can invite someone on your friends list or share your Room Code that is displayed to challenge a guest.
When using Join a Room, enter a Room Code to access the room.

A new TOP PLAYERS tab has been added to Rankings, and TEPPEN’s past top players will be published!
You can view it from Home Screen →Other→Rankings→TOP PLAYERS.

As an extra prize for the TEPPEN WORLD CHAMPIONSHIP 2020, all participants will have their user names published!
Also, the top 100 players for 2020’s Tour Point rankings will also be published! 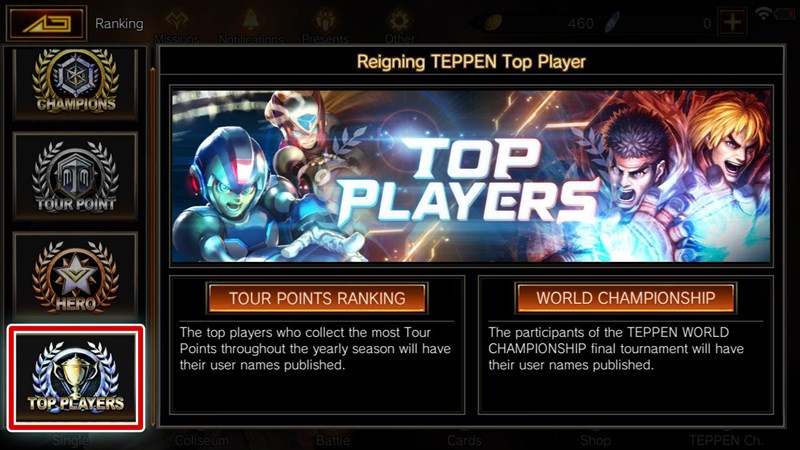 On the Ranked Match Battle Results screen, the amount of Consecutive Wins will now be displayed. 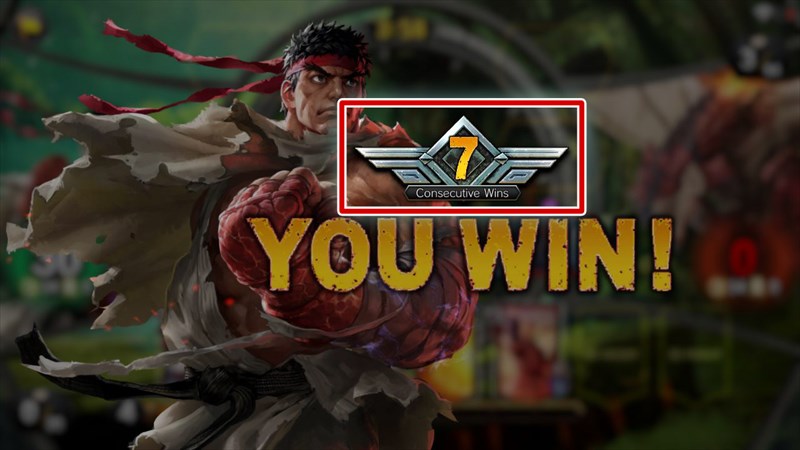 *Consecutive Wins will be reset once the Ranked Match period is over.

Purchase a season pass to receive various extras over the course of the season.
A season pass may be purchased by pressing going to Home Screen → Shop → Purchase Season Pass.
*Season Pass extras and period of validity may be viewed in-game.